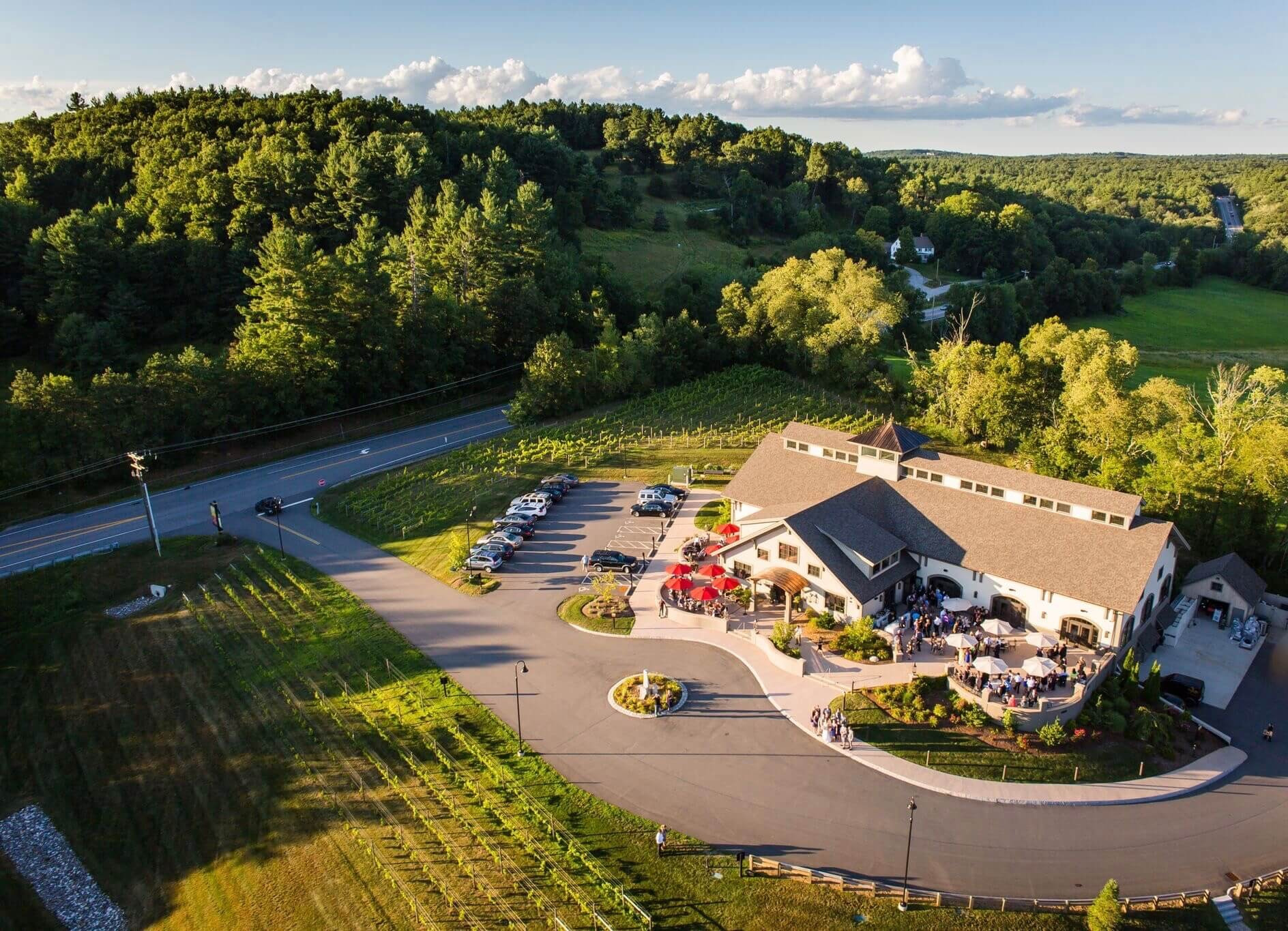 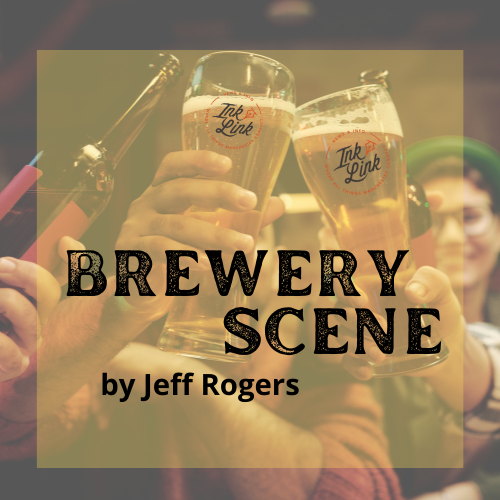 What kind of brewery scene can you find when you’re not actually at a brewery? If you’re at the Hop Knot on Elm Street, you will find an eclectic and well-curated selection of delicious brews from many of the area’s finest breweries, and beyond. And those brews will be accompanied by great food, fantastic playlists, entertaining trivia, occasional live music, and lively community events springing from genuine civic engagement. Oh, and an industry discount night. Still want more? They also host a 21-and-over “Gender Blender” series.

On a recent weeknight, moments after one couple entered, the owner Kenny immediately handed one of the pair a Nite Lite from Night Shift Brewing in Everett, MA. Clearly, he knows many of his patrons and pays attention to their tastes. Both Kenny and bartender Jesse are very helpful with choosing beers, and make a great pair — their personal tastes differ, so that their knowledge, experience, and preferences complement each other.

I was meeting my wife at Hop Knot on a recent mid-week afternoon, when purely by coincidence one of the owners of Oddball Brewing walked in. He was dropping off assorted cans for the Hop Knot staff to sample. About a week later Hop Knot began serving Blue Nova on tap. Blue Nova is a blueberry basil saison that I had been lucky enough to try at Oddball back in May. It made the journey to Hop Knot with every bit of its delicious flavor fully intact. 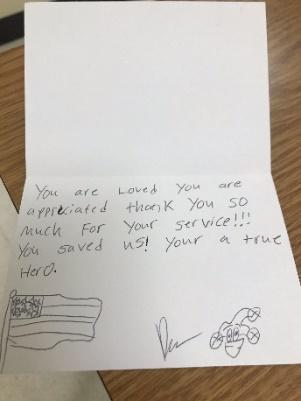 The front of Hop Knot is all glass providing a great view of Elm Street with its outdoor seating, and the trees in the green space of Brady-Sullivan Plaza. On a gorgeous summer day there are few better places to sit than at these tables as you wait for friends, or just watch the world go by. Their outdoor space is very dog-friendly — in fact, Kenny keeps dog biscuits just inside the front door so he can have an excuse to step out and pet people’s dogs.

Behind the bar they have three large flatscreens with the sound off, closed captions on, typically showing home make-overs or cooking competitions. You can easily lose yourself in the fascination of cut-throat cooking, or you can have an unhindered conversation. 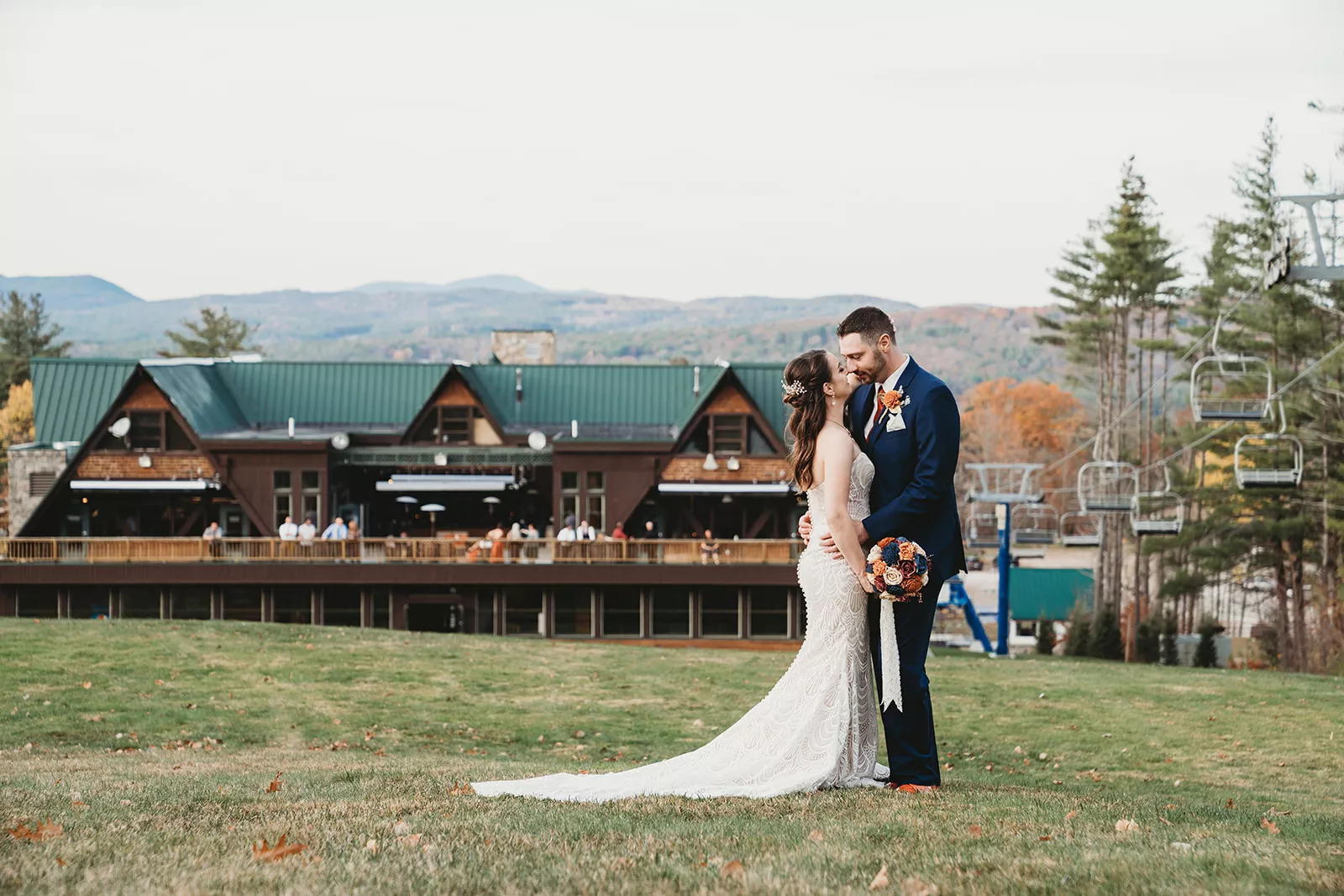 On Wednesdays from 5 to 9 p.m., they offer discounts on food and drinks to patrons who work in the following industries: hospitality, education, beauty, travel, non-profit and healthcare. Hippo readers voted this year to give them awards in the categories: Hop Knot was taken over in 2019 by Kenny Frasch, who grew up in Hooksett and worked in other restaurants. Kenny has insured the space is welcoming to all who share concerns for social justice.

I ran into Kenny on a recent Friday at ArtNabe, a weekend-long pop-up arts market held at the YWCA. He wanted to drop off some food and ensure that the vendors and patrons did not go hungry. I had some pretzel bites with a honey mustard dipping sauce while I chatted with the president of the Manchester NAACP as he enjoyed a dessert pretzel — cinnamon-sprinkled with a maple cream dipping sauce. He gave it a big thumbs-up.

When there’s an event promoting diversity in Manchester, Kenny will often be there.

For three years, Hop Knot has hosted an annual celebration of Juneteenth. This takes place in the outdoor green space in front of Hop Knot, withspeakers and live music. You can view some video of the 2022 celebration here. These celebrations are well attended and are a great opportunity to enjoy downtown. 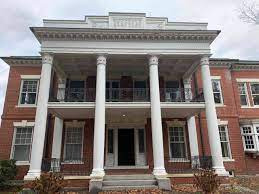 If you haven’t already guessed, the “knot” in “Hop Knot” refers to their food menu, which is almost exclusively composed of various forms of pretzel. But truly the word “pretzel” is woefully inadequate to describe the variety of foods they’ve come up with. Starting with large soft pretzels, the staff morphs them into sandwiches (Reuben, Veggie, Buffalo Chicken) and pizzas (pepperoni, jalapeno & cheddar, bbq chicken). They wrap pretzel dough around a hot dog, bratwurst, kielbasa, or hot Italian sausage (highly recommended).  They serve bite-size bits of pretzel with your choice of 15 dipping sauces (from ketchup or spicy mustard to maple cream or Nutella). 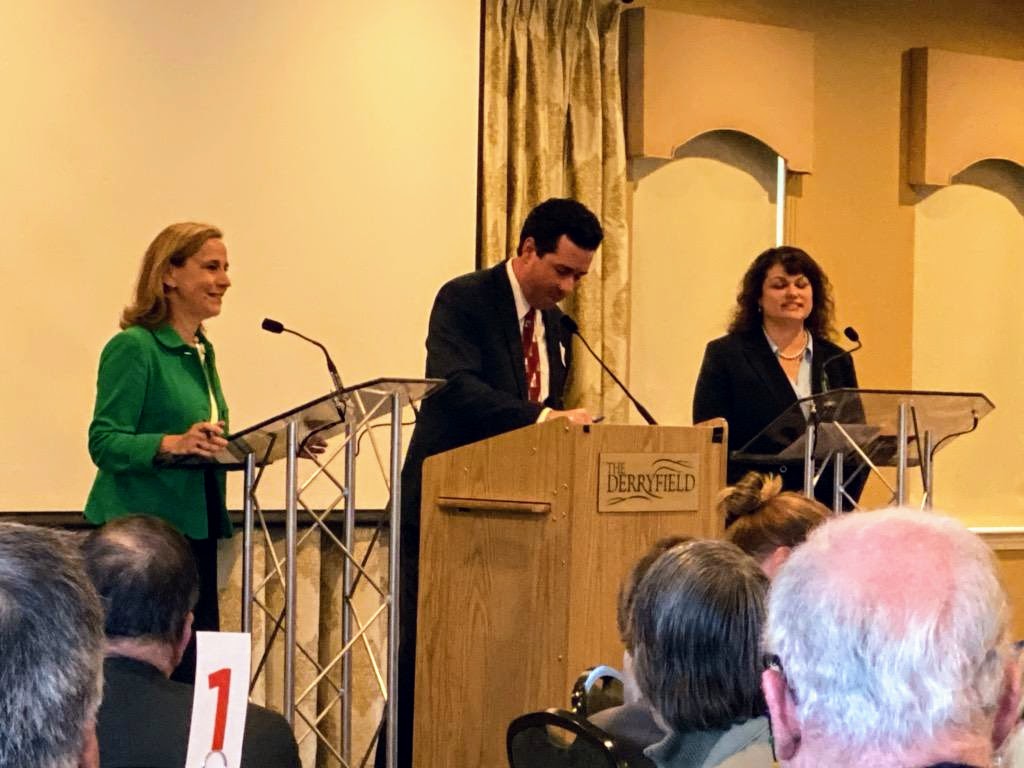 Truthfully, the first time I came here I expected “pretzels” to be small & hard & baked with maybe a bit of salt. I ended up being delighted and now always look forward to trying their newest imaginative pretzel creation.

The Hop Knot specializes in fresh beers on tap. They offer a large variety, typically 20 beers, generally with many types represented (pilsner, porter, stout, IPA, sour, etc.). Occasionally they’ll have fewer, depending on popularity and the vagaries of delivery timing. But as a wise man once said, when one tap closes, another opens. (Did I mix up my aphorisms again?) Their selection rotates, so on your next visit they’re likely to have several beers they didn’t have before. Kenny tells me that they will soon also offer some macro beers like Budweiser & Coors. So if you want to explore craft microbrews, but your friend prefers just a regular beer, you’ll both be able to find something. 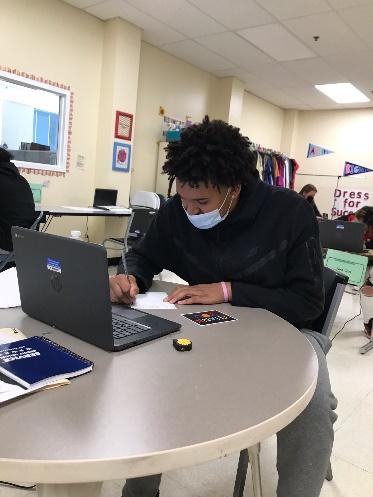 As you walk in the front door, just to the left is a large chalkboard listing all the current beers. If you need any help or guidance with choosing, Kenny and Jesse are more than happy to help. Their knowledge is encyclopedic.

My current favorites? I do love Oddball’s Blue Nova. But on my last visit, I had a hopped blueberry mead from Sap House Meadery in Center Ossipee. Delicious, to the point of being dangerous — I could have drank it like Kool-aid. 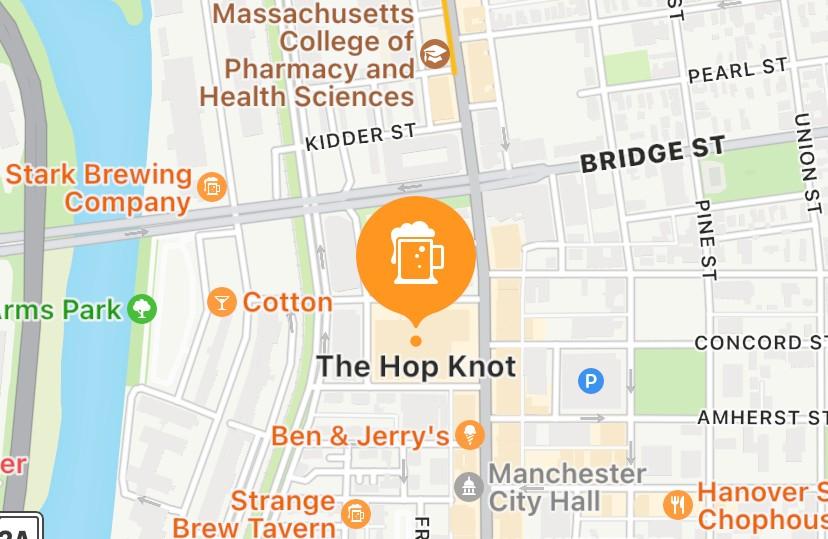 Jeff Rogers is a native Hoosier who’s lived in the Granite State for 30+ years. He’s worked on airborne radar systems and written a lot of software. Today he lives in Manchester where he seeks to answer the age-old question: saison, lager, ale or stout?